Get connected with your airsoft community.

Get connected with your airsoft community.

I started out as a basketball player at the age of 9. I loved the game very much. I made my first team at 13 and was cut for the first time at 14... That is when I discovered I had some serious speed. I started running track in 1996. My events were the 55m dash, 100m dash, 200m dash, 4x100m relay, and 4x200m relay. My overall goal was to get back to basketball and in my sophomore year I started playing football, I played wide receiver, and defensive back. after football season I made the Jr ...
Read More
Follow 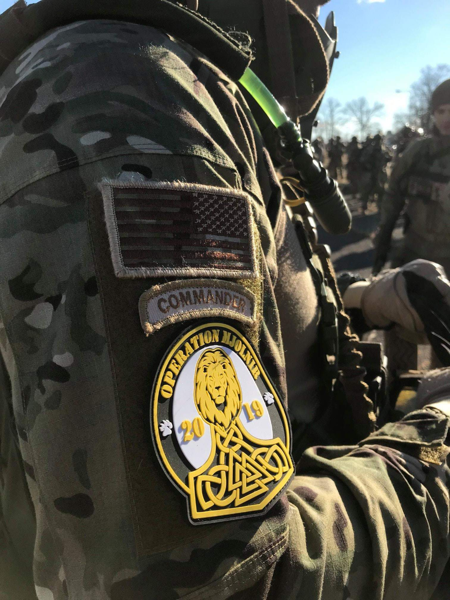 Just a few of the many photos from Lion Claws event Op Mjolnir. I had a great time!!! I'm hooked!!! Looking to see when I can participate again!!!
0
2 Comments

Headhunter Lead
Schenectady, New York
I got selected to be the SOCOM CO for Op Moljnir, a OLCMSS event being held on 3/15 - 3/17 at Ft Monmouth, NJ. If you would like to join me on SOCOM or play for Russia, tickets are on sale now!

http://www.oplionclaws.com/opm/index.php
Hope to see you there!
0
5 Comments 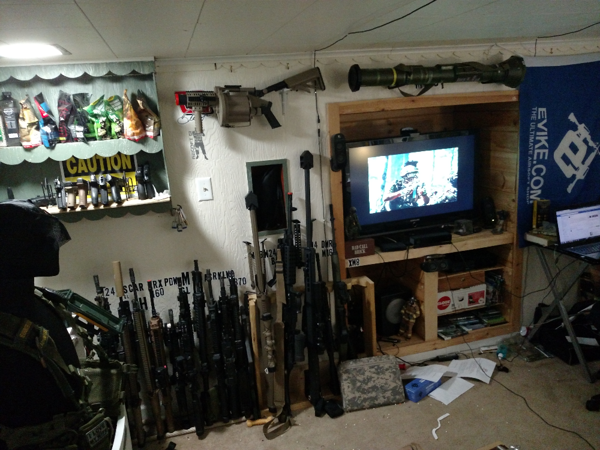 Where I keep all my gear.
0
3 Comments 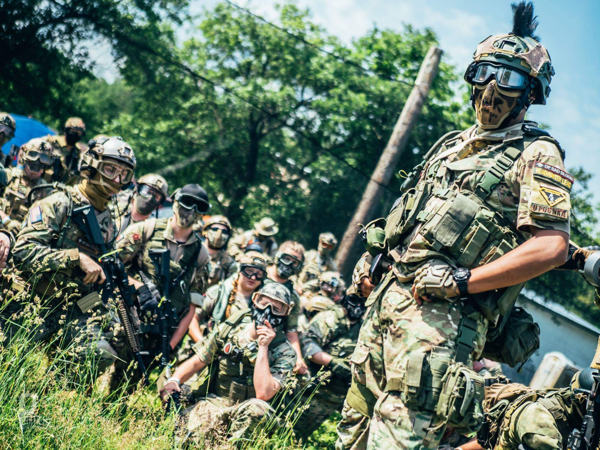 My first year as the CO for Deus X in operation Bad Blood East 2017.
0
2 Comments 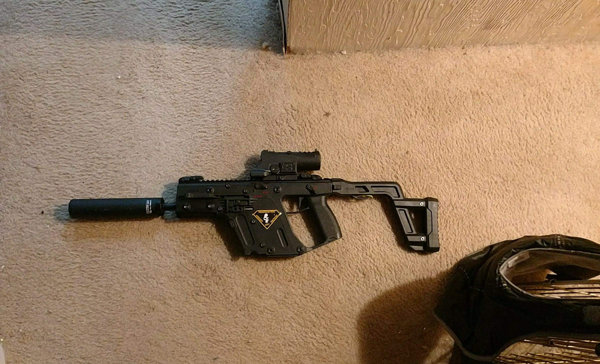 Made some changes to my Krytac Kriss Vector AEG last week...
0
2 Comments

I started out as a basketball player at the age of 9. I loved the game very much.

I made my first team at 13 and was cut for the first time at 14... That is when I discovered I had some serious speed.

I wanted to serve my country, but I also had an offer to run track at UAlbany, so I decided to enlist in the NY Army National Guard. I enlisted and attended basic training at Ft. Benning, Ga in September of 2000. I graduated from Infantry school in January 2001 and returned home to my unit, the scout platoon in Headquarters company 1st Battalion 105th Infantry.

While preparing to attend college, One day on a lunch break, I stopped into a novelty shop in the mall. This is where I bought my first airsoft guns. Though they were all spring guns, but I had my first airsoft guns! I had a beretta 92F, a Mk 23 USP, a Sig Sauer 228, and a spring action M-16A2. I didn't know much about airsoft then...

I started college in that fall of 2001 and like every other American, saw the horror of 9/11 unfold in front of me. The National Guard pulled me away from college and track more than once and my heart wasn't really in it (the college part)

By the time 2003 rolled around, I found that College and track were a lot to deal with. I left school and took a temporary active duty assignment in the national guard, but by the end of the assignment, I had orders in hand that transferred me to Charlie Company 2nd Battalion 108th Infantry to deploy with them to Iraq.

I hit the ground in Iraq in February 2004. My unit was assigned to the 1st Infantry Division under 2nd Brigade Combat team, task force 1/26

In November of 2004, the worst happened. I was injured by an insurgent mortar shell. I took shrapnel in my neck, back, right arm, and both my right and left legs.

After recovering from my injuries, I became a full time firefighter and paramedic. I continued to serve in the national guard, but in 2010, I left the Infantry and became a UH60 Blackhawk mechanic.

On the athletic side I did play some pick up basketball, and flag football. I played up until 2012 when I decided to leave flag football because it was getting harder to compete for starting positions, and there were a few in game brawls (I was not involved) that ended with proposed violence. The league was getting competitive, but immature.

I wanted to get back to doing something I knew well. I missed being an infantryman (a little bit) and the injuries of 2004 to my leg were making it harder to be competitive in basketball and football, and track. I had played a little bit of paintball over the years, but never competitively.

Then one day in 2011 a coworker invited me to play airsoft on his private property. I didn't own an AEG but quickly I went out and got one.

Then in 2012 after playing airsoft several times with friends. I decided to take my airsoft experience to another level. I wanted to join a team but I was not sure if my military experience would help me fit in.

So I did the next best thing...

I started my own team, the NY 23rd Airsoft Tactical Assault Group, better known as the "Headhunters".

So here I am owner of a airsoft team, a husband, a father, of 3 boys and and a little girl, but still an athlete...Just in a different sport.

My team earned some attention after participating in a sponsorship contest in 2013. Unfortunately we took second place. It wasn't until 2014, that my team got more attention as we helped lead the way to victory for the faction we played on during Operation Bad Blood East, sponsored by Evike. Every year since that we have participated in Bad Blood, our role has grown. We started out a small squad, and now I'm going into my third year leading the faction called Deus X as the CO. We also gained some notoriety in 2016, for holding a very large objective for nearly 6 hours in the NYC Airsoft event "Tantalum Contract".

I like to share my knowledge, and opinion about life in airsoft. Especially with tactics, and creating an organized team from scratch. I'm also starting to branch out in hopes to play airsoft all around the country when my military and professional firefighter careers come to a close.

Showing of
Remove Filters
No products match your search criteria

We Plead the Second